PAMED is leading statewide efforts to maintain physician-led, team-based care in Pennsylvania. Fundamental to these efforts is our steadfast opposition to legislation that would fragment the health care team.

Result: For several legislative sessions, PAMED has successfully opposed state legislation aimed at inappropriately expanding the scope of practice for nonphysician practitioners, such as CRNPs and naturopaths. We continue to strongly oppose such bills in the 2015-2016 session in favor of keeping the health care team together. Non-physician practitioners have long sought new laws that expand their scope of practice. PAMED continues to evaluate each initiative from the perspective of access to quality and safe patient care, and oppose measures to expand scope of practice that it believes would jeopardize patient safety in Pennsylvania. Learn more at www.pamedsoc.org/teambasedcare. 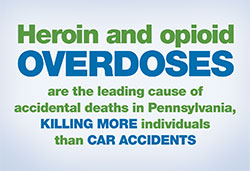 Result: Pennsylvania physicians have several tools to help them combat the opioid abuse crisis in Pennsylvania, such as CME, voluntary prescribing guidelines, a prescription checklist to help talk to patients about pain management, a booklet with tips to help identify pill-seeking patients and refer them into the appropriate treatment, and more. Get these resources at www.pamedsoc.org/opioidresources.

PAMED is leading efforts to address our state’s physician supply, including increasing funding for training programs for medical students and residents and increasing available funding for loan forgiveness for new physicians who want to practice in underserved areas.

Result: Programs that support the supply and distribution of primary care practitioners in the commonwealth saw a more than 27 percent funding increase in the 2014-15 state budget. The increased appropriation includes additional monies for the state’s loan forgiveness program for physicians, as well as the creation of new primary care residency slots. PAMED also was successful in advocating to raise the amount of loan forgiveness offered to physicians in exchange for their service—a critical change to make it more competitive with neighboring states’ programs.

PAMED lobbyists, especially during the annual budget process, actively engage with state legislators on this important issue. They emphasize the importance of both increased opportunities for medical student loan forgiveness and the creation of additional residency slots as ways to reduce student loan debt and bolster the physician supply in Pennsylvania. Physicians and physicians-in-training participate in annual Advocacy Days at the state Capitol to help advance these efforts and give real-life examples to policymakers.

A PAMED task force, comprised of representatives from several specialties, led the development of proposed legislation to address barriers to implementing telemedicine and bring clarity to its expanded use in Pennsylvania.

Result: PAMED is leading a strong core group of stakeholders to advance legislation that will benefit patients and provide appropriate protections for physicians.

Helping You Save Time, Money and Avoid Unnecessary Hassles

PAMED is leading efforts to keep Mcare assessments as low as possible across the state and make Pennsylvania a positive practice environment for our members.

Result: PAMED partnered with The Hospital and HealthSystem Association of Pennsylvania and the Pennsylvania Podiatric Medical Association to appeal Mcare assessment overcharges and challenge the transfer of $100 million to the general fund from the Mcare Fund in 2009. The settlement agreement requires that $200 million in assessment overcharges be returned to physicians, hospitals, and other health care providers who paid assessments into the fund in 2009-2014 (excluding 2013). It also includes key protections against any future diversion.

PAMED continues to help physicians navigate the process to obtain Mcare refunds through its dedicated website at www.McareRefund.org.

PAMED is leading state and national conversations about how to improve the MOC process for all physicians and address physician concerns with the punitive nature and administrative burden caused by MOC for many members.

Result: PAMED’s advocacy, in collaboration with other health care stakeholders, has resulted in several changes announced in 2015 by the American Board of Internal Medicine (ABIM) that aim to make the MOC process better for all physicians.

PAMED continues to be engaged in these efforts through discussions with groups like the ABIM and the AMA. Learn more at www.pamedsoc.org/MOC. 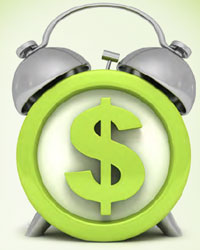 Credentialing PAMED is leading statewide efforts to address the lengthy delays that providers often face when seeking inclusion in insurer networks and the state’s Medicaid program.

Result: PAMED-supported legislation would streamline the credentialing process and make it more uniform across all insurers. PAMED is working closely with the bill’s sponsor and other stakeholder groups in moving this measure forward.

PAMED also continues to be engaged with the state’s Department of Human Services (DHS) to improve the credentialing process in the state’s Medicaid program.

After discussions led by PAMED, DHS announced that, beginning in 2016, it will impose additional requirements on its Physical Health Managed Care Organizations (PH-MCOs) related to credentialing timeframes. Among them, PH-MCOs will be required to begin their credentialing process upon receipt of a provider’s application. If the application contains all of the required information, they must complete the credentialing process within 60 days. Learn more at www.pamedsoc.org/credentialing.

PAMED is leading the charge to achieve meaningful tort reforms for physicians across the state while continuing to face tough opposition to any meaningful reform for our members.

Result: Faced with a particularly steep constitutional challenge to secure a cap on non-economic damages, the focus has been on nearly a dozen different tort reforms that have helped stabilize the market. In addition, reforms to the Mcare or catastrophic fund led to a reduction in the mandatory coverage. 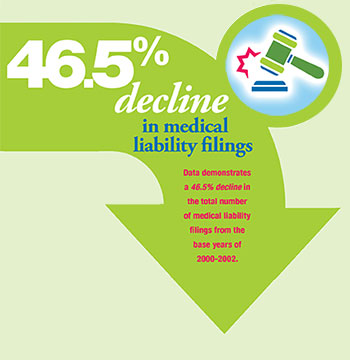 Apology Physician apologies and other benevolent gestures (except admissions of fault or negligence) to a patient after a poor outcome are inadmissible to prove liability in a medical liability action.

These and other meaningful tort reforms contributed to a 46.5 percent decline in medical liability filings from the base years of 2000-2002. What is PAMED doing to continue to bring more tort reforms to Pennsylvania, including our efforts with partners to establish “clear and convincing” standards for liability cases involving emergency department care? Find out at www.pamedsoc.org/medliability. 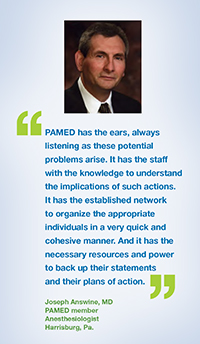 PAMED is leading efforts to promote policies and processes that make sense for Pennsylvania physicians and patients. Here are some examples of PAMED leadership on these issues.

Result: As a result of discussions between PAMED, several specialty groups, Highmark, and Novitas Solutions, MAC policies that could have negatively impacted patient care and patient safety were averted.

PAMED, working closely with several specialty groups, including the Pennsylvania Society of Gastroenterology (PSG), Pennsylvania Society of Anesthesiologists (PSA), and Pennsylvania Ambulatory Surgery Association (PASA), responded to Highmark’s announcement that it was initiating medical necessity changes to its MAC policy involving colonoscopies, gastrointestinal endoscopies, bronchoscopies, and interventional pain procedures. These groups expressed to Highmark physician concerns regarding the negative impact it would have on patient care and patient safety.

Physicians and leaders from PAMED and the specialty groups met with Highmark and produced peer-reviewed journal articles to demonstrate the efficacy of using anesthesiologists for these services. As a result, Highmark decided to delay the policy, which was ultimately not implemented, and continue discussions with a work group comprised of representatives of PAMED, PSG, PSA, and PASA.

PAMED also engaged in discussions with Novitas Solutions, Pennsylvania’s Medicare Administrative Carrier, on its MAC policy, who also decided not to implement it.

PAMED collaborated with the Pennsylvania Society of Gastroenterology (PSG) to revise a Highmark policy that would have required gastroenterologists who prescribe the drug, vedolizumab (Entyvio®), for their patients with moderate-to-severe ulcerative colitis and Crohn’s disease, to provide prior documented evidence of treatment failure/non-response, intolerance to or contra-indications to two different anti-tumor necrosis factor (TNF) agents before the drug would be approved. Many physicians were concerned that not only would this policy be burdensome, but, more importantly, it would not be in the best interest of patients.

Result: As a result of discussion with PSG and PAMED, Highmark initially agreed to delay implementation of the policy until after it heard concerns from a number of parties, including PSG and PAMED. In July 2015, PSG and PAMED participated on a call to share physicians’ concerns with Highmark. After hearing these concerns, Highmark decided to revise its policy to indicate that it would adopt a one-step anti-TNF biologic failure prior to the use of vedolizumab.

Other Insurer Reforms PAMED is working on a number of other insurer reforms on issues such as limiting retroactive denials and overhauling the burdensome prior authorization process. Learn more about our efforts at www.pamedsoc.org/advocacy.

Employer Reforms PAMED also is advocating for several employer reforms on issues such as assuring employed physicians’ clinical autonomy and eliminating restrictive covenants. Learn more about our efforts at www.pamedsoc.org/advocacy.